Nick Stars in Shrek the Musical 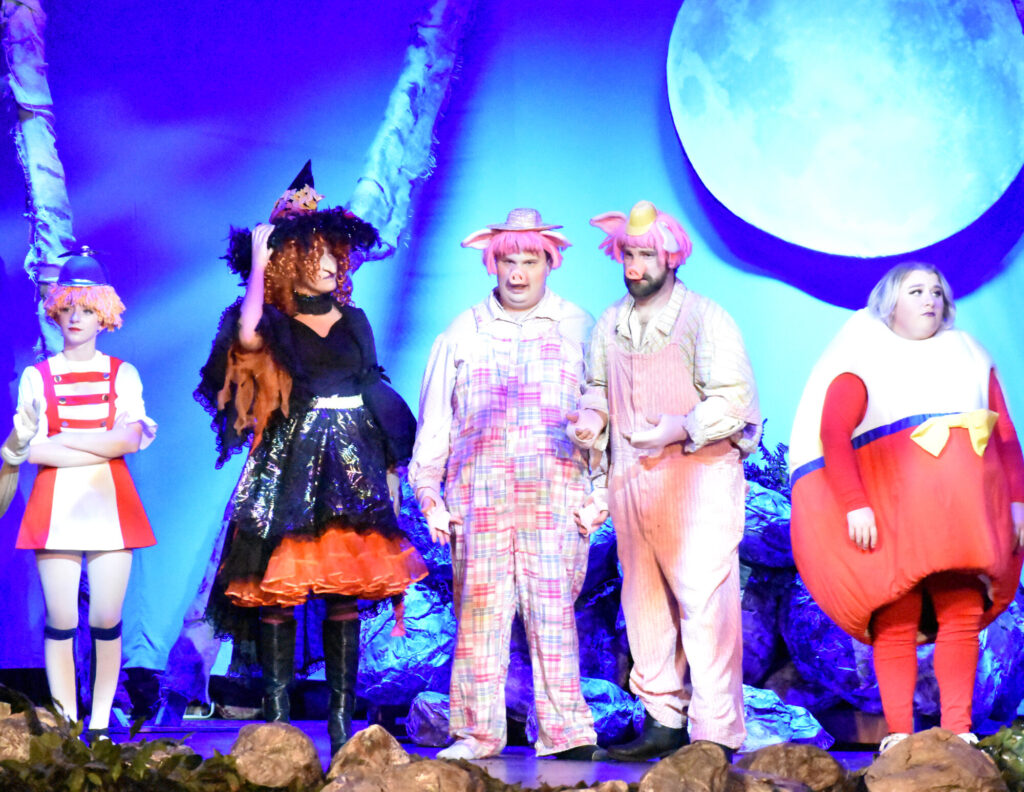 Nick, center, plays one of the Three Pigs. The pigs, along with many other fairy-tale characters, have been evicted from their homes by Lord Farquaad. 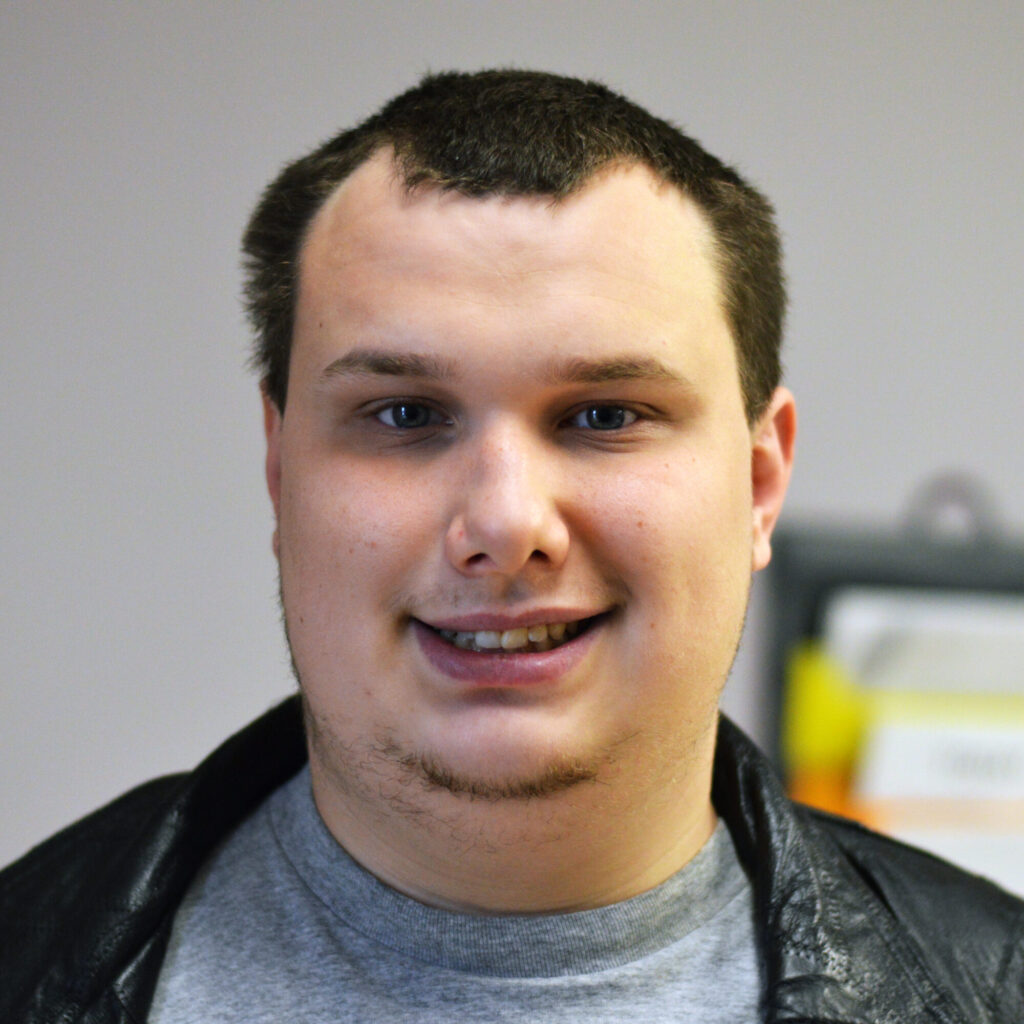 Nick says he has studied acting by watching movies. 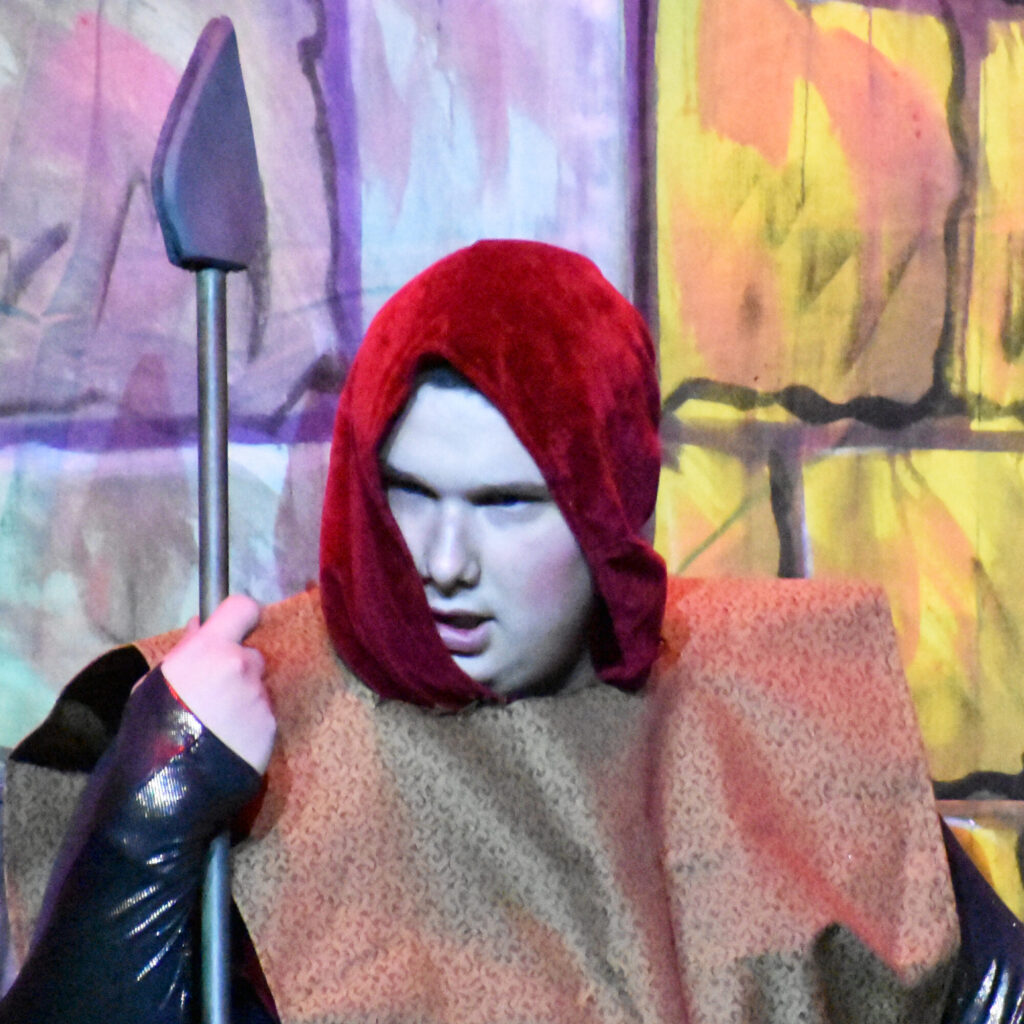 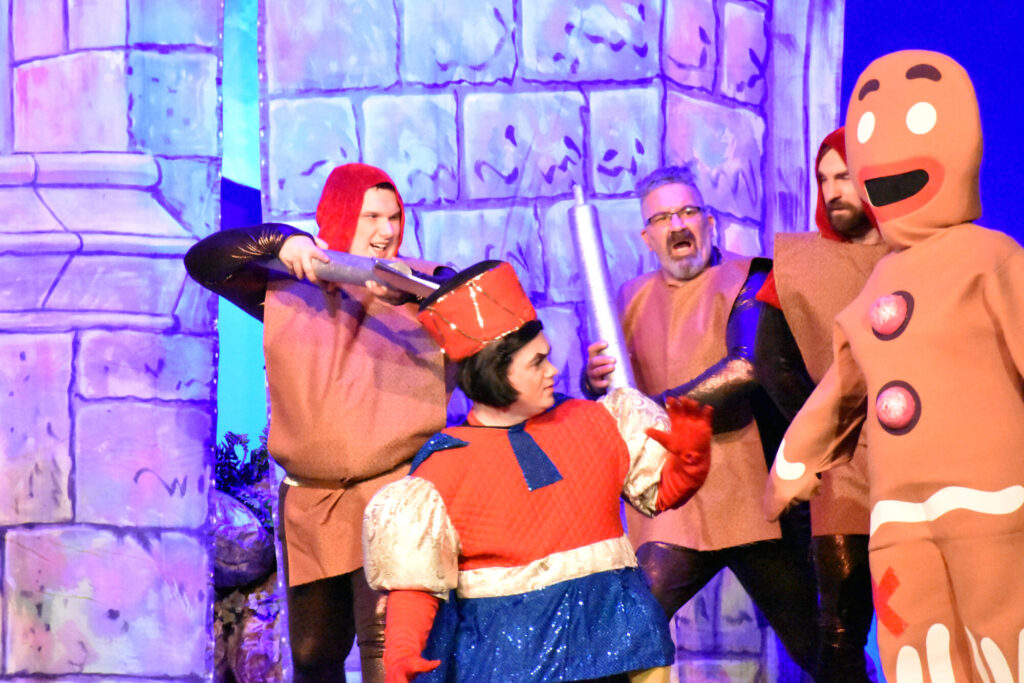 Nick as a Duloc guard, left, confronts the Gingerbread Man. 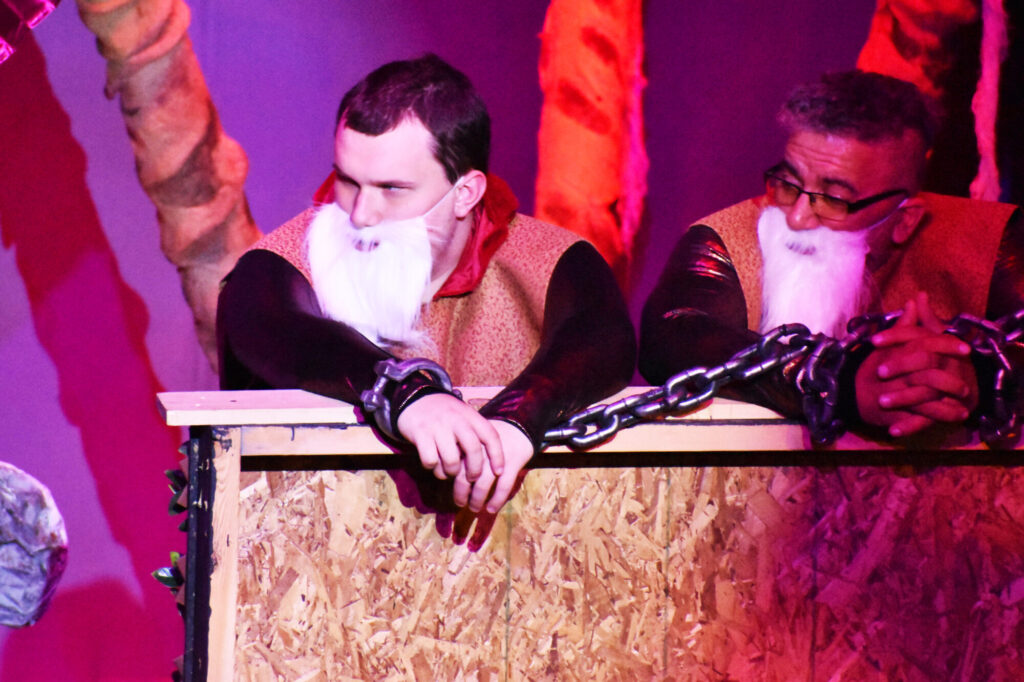 Nick, left, plays one of the knights imprisoned after they fail to rescue Princess Fiona.

For one production, Nick will be transformed three times. He’ll first become one of the Three Pigs, then a guard protecting Lord Farquaad, then a knight imprisoned after failing to rescue Princess Fiona.

Nick, 20, loved performing in musicals at Woodlan High School. Now he has extended his drama career to community theater. He plays three roles in a production of “Shrek the Musical” at the Huber Opera House in Hicksville, Ohio, in shows Dec. 3, 4 and 5.

What draws him so strongly to acting?

“I get to perform on stage. I like being in the costume. I get to try to emote with the cast,” Nick said. “I’ve studied acting by watching films, like Tom Hanks films and (Leonardo) DiCaprio films.”

“He’s a movie buff. He’s a music buff. He could tell you a movie – who directed it, who produced it, who starred in it – for hundreds and hundreds and hundreds of movies. He can do it off the top of his head,” said Toni Printzos, an Easterseals Arc behavior consultant who’s worked with Nick since he was in high school.

Printzos and his mother both encouraged him to try out for “Grease,” the first play he acted in during high school. Printzos said she hoped it could improve his confidence and social skills. He landed the part of Eugene, “the school nerd,” as Nick described the role. Acting clicked for him, and he went on to play roles in “The Addams Family” and “Seussical the Musical” at Woodlan.

“It’s just like he’s a different young man when he’s on stage,” Printzos said. “He just flourishes on stage. He memorizes his lines well. He gets into character. He can even do the different dialects the characters might use. … He’s animated. He’s engaged. He can’t wait to get to rehearsal.”

Last year, Printzos and Pat Bailey, another behavior consultant from Easterseals Arc who works with one of Nick’s friends, helped lead him into community theater. Printzos and Bailey took the two young men to a performance of “Beauty and the Beast” at the Huber Opera House.

A friend of Bailey’s was playing the Beast in that show. He talked with Nick after the show and later alerted him when CCBanks Productions chose “Shrek the Musical” as their 2022 show.

Nick attends the Transitions program at Easterseals Arc on Wednesdays and Fridays. He also works a morning shift at the Bob Evans restaurant in Fort Wayne on Saturdays, Sundays and Mondays. Someday, he would like to act in a Fort Wayne Civic Theatre production.

In a dress rehearsal, Nick carried off all three of his roles smoothly, including the costume changes. With a cast of only about 25 players, several actors juggle multiple roles.

Director Chris Banks is pleased with the way the play is shaping up, as well as Nick’s contributions.

“Nick is a really nice guy. It’s the first time he’s been in one of our productions. He’s done very well,” Banks said.