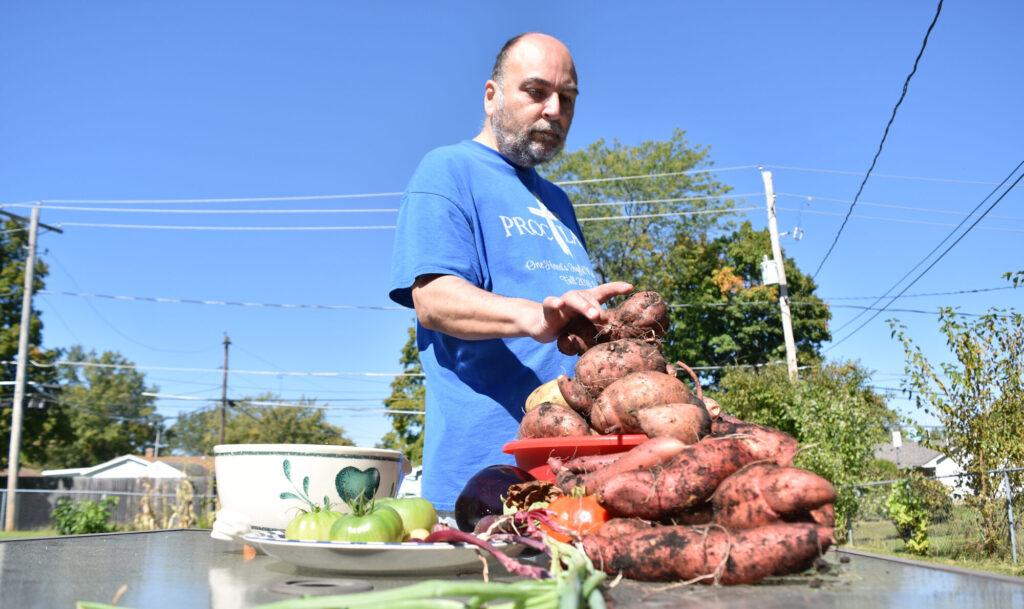 Matt adds a freshly dug sweet potato to the day’s harvest from the garden he and his roommates tend. 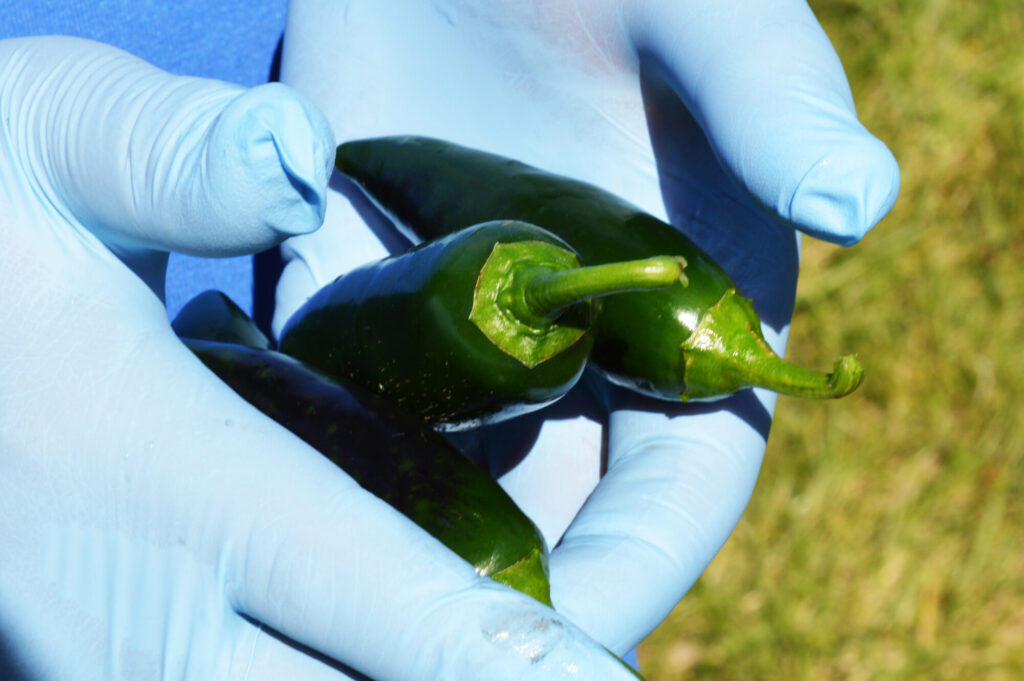 Matt holds jalapeno peppers he picked from the garden. 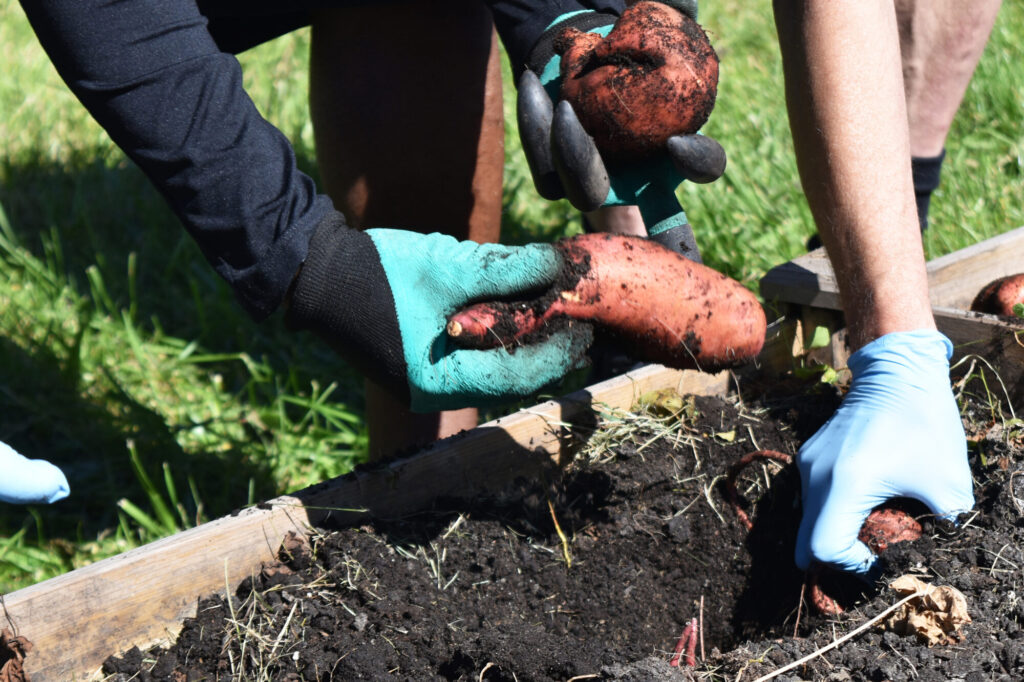 Kennard, left, and Barry dig sweet potatoes out of a raised-bed garden at the home where Barry lives with roommates Matt and Steve. 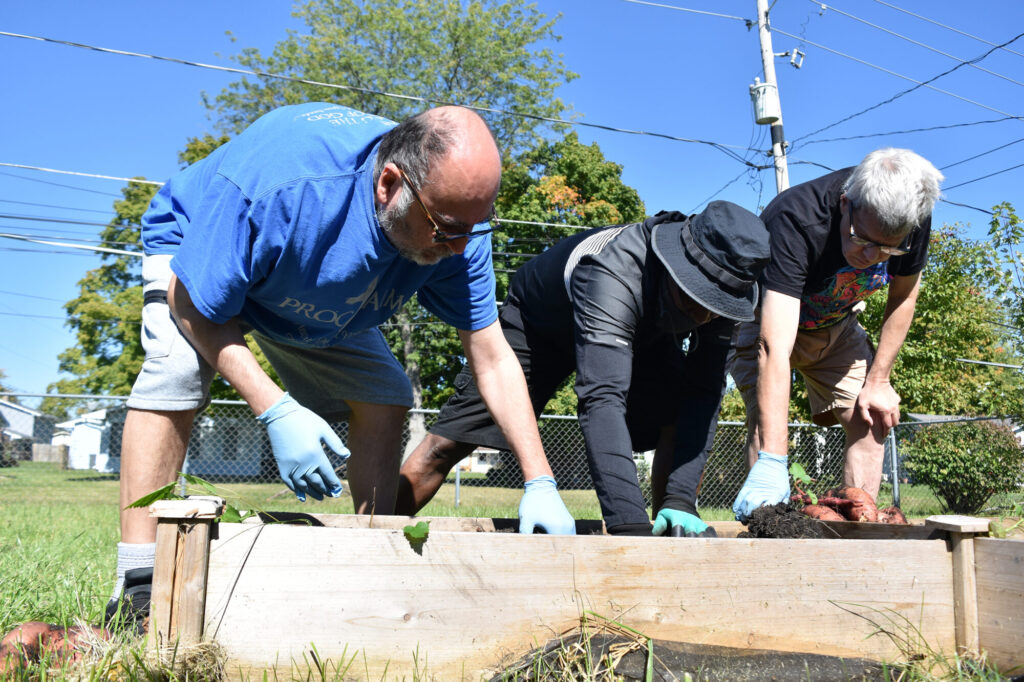 Matt, left, works with Kennard, center, and Barry, right, in the garden.

As autumn turned chilly, housemates Barry, Matt and Steve harvested some of the last food from the garden they started in May 2022.

Throughout spring and summer, Easterseals Arc staff member Kennard Taylor has been guiding the gardening of these men he supports at their home in northeast Fort Wayne.

They started small, with just a few dozen square feet of garden, some in raised beds, others directly in the earth of their backyard.

In the case of this garden, small turned out to be beautiful and bountiful. They’ve enjoyed a tremendous variety and abundance of food from that garden, including potatoes, sweet potatoes, bell peppers, jalapeno peppers, green beans, corn, asparagus, cucumbers, zucchini, shallots and eggplants. They also tried to grow pumpkins and watermelons, but they learned those need to be raised off the ground to succeed.

For Taylor, planting and tending this garden takes him back to his childhood, when his grandfather always grew food in a garden. “It connects me with my grandfather,” he said. Taylor has grown many gardens of his own – and tended many houseplants – as an adult.

The produce from their backyard has been part of their meals for months. In fact, they’ve raised so much that they’ve shared some of their vegetables with others at Easterseals Arc.

Barry said his favorite part of gardening is “taking the peppers out,” referring to bell peppers. “And the hot ones, too,” he said, not forgetting the jalapeno peppers.

“We should have carrots, too!” Matt suggested.

“We could have some carrots next year,” Taylor said, not even questioning whether they would plant a garden next year.