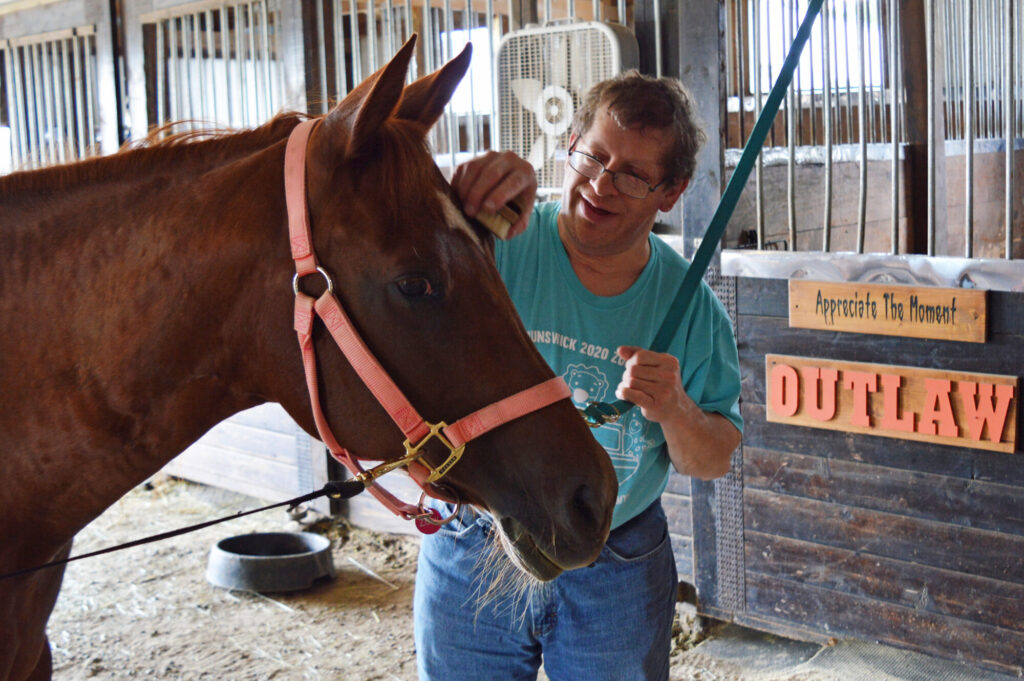 Norman combs Zoey during a visit to Image of Hope Ranch near Auburn.

Norman takes Zoey outside for a break to graze. 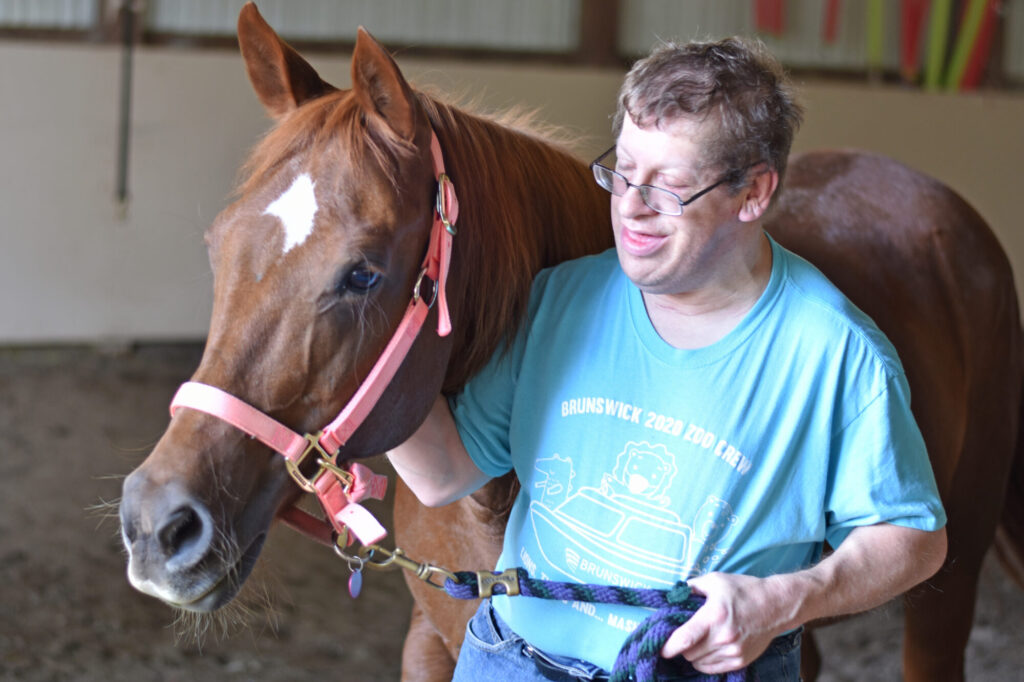 Norman walks Zoey in a ring at Image of Hope Ranch. 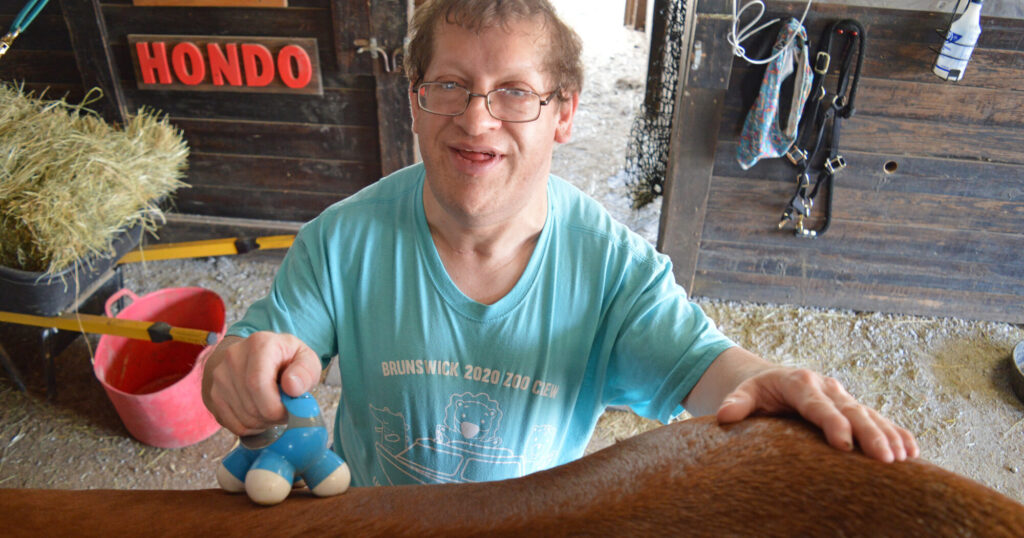 Norman uses a hand-massager on Zoey, one of the horses at Image of Hope Ranch.

A visit from Norman is delightful for Zoey, a horse at Image of Hope Ranch in DeKalb County.

Zoey, one of several horses at the ranch, is used to getting attention from visitors. But Norman has tended to animals of many kinds for decades, and his touch is practiced and gentle. His movements are slow and patient as he sweeps through her coat with a curry comb, kneads her muscles with a hand massager high on her flank near her back, and slowly walks her around a ring inside a barn.

Norman, 56, is the youngest of five children who grew up on a dairy farm in northwestern DeKalb County, north of Corunna. He lived there with his father until his father died in 2013.

“He always continued to do chores as long as he lived at home,” his sister Donna Crow said.

Every couple of weeks, Kelly Corbin, an Easterseals Arc supervisor focused on community inclusion, takes Norman to Image of Hope Ranch for a visit with one of the horses. Those visits don’t just allow him to pamper a horse; they reconnect him with animals in a way that was a daily feature of growing up on a farm.

“We had cows,” Crow remembers. “We always had pigs. We had sheep for a while. … There was always a pony or two, and cats and dogs. We usually planted corn, and we made hay in the summer.”

Chickens were a particular favorite for Norman. “We had chickens he liked. He’d spend time out there, and pet them when he fed them,” Crow said.

There are chickens at Image of Hope, and Norman enjoys visiting them and checking their nesting boxes for eggs.

Crow said that even after their father’s death, when Norman had to leave the farm, he had opportunities to work with animals. He worked on a horse farm, and later he helped out with animals at an Angola veterinarian’s office. His work with animals ended with the arrival of the COVID-19 pandemic in 2020.

When he visits Image of Hope with Corbin, who also grew up with horses, he speaks little but listens closely. She praises his way with the horses, always gently guiding and accompanying them without pushing or pulling.

“I like to walk them,” he said of the horses, as he guided Zoey from a plot of grass where she’s grazed to the ring in a barn.

“I think he really enjoys going out there,” Crow said.

"He always continued to do chores as long as he lived at home."