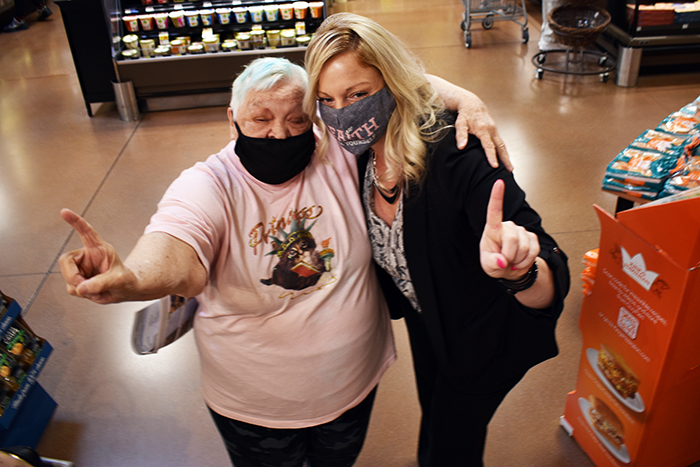 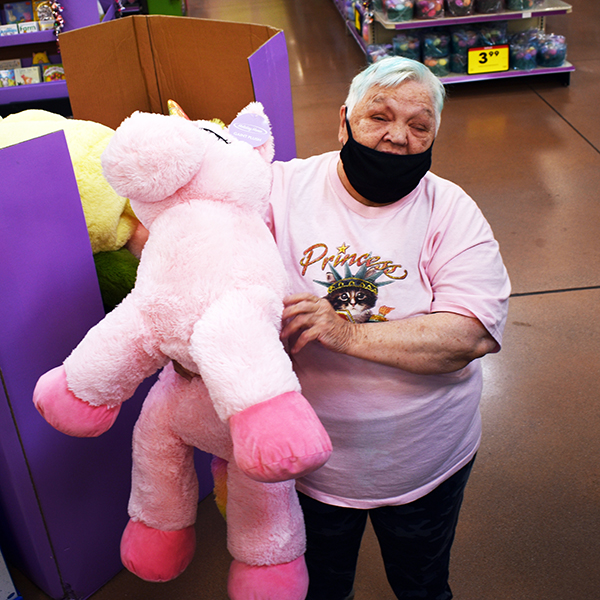 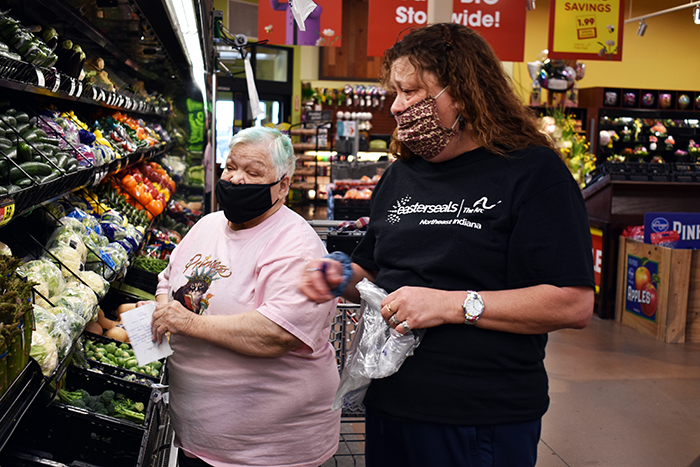 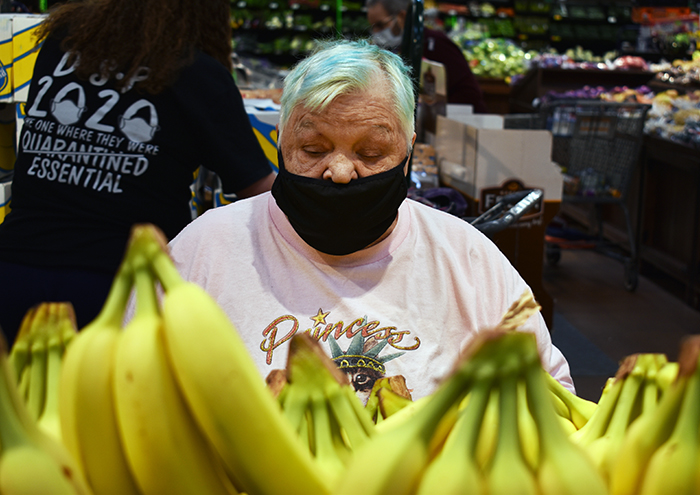 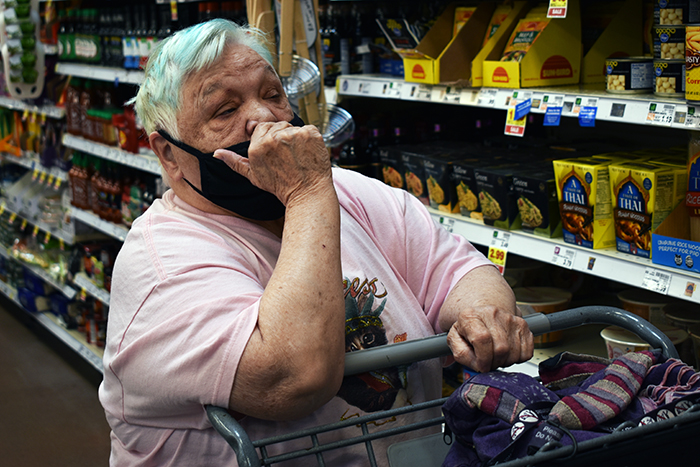 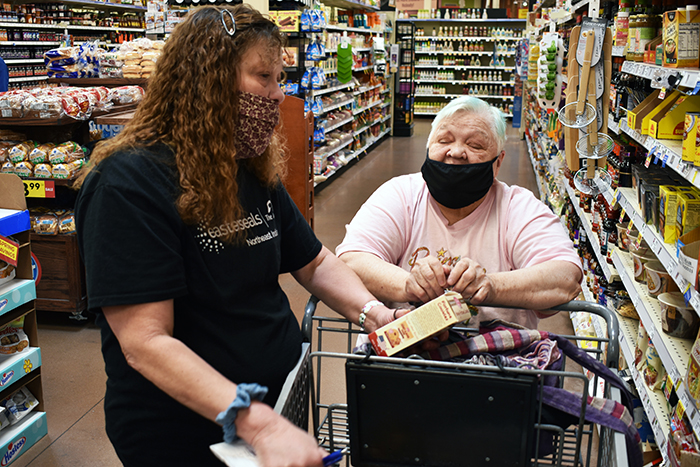 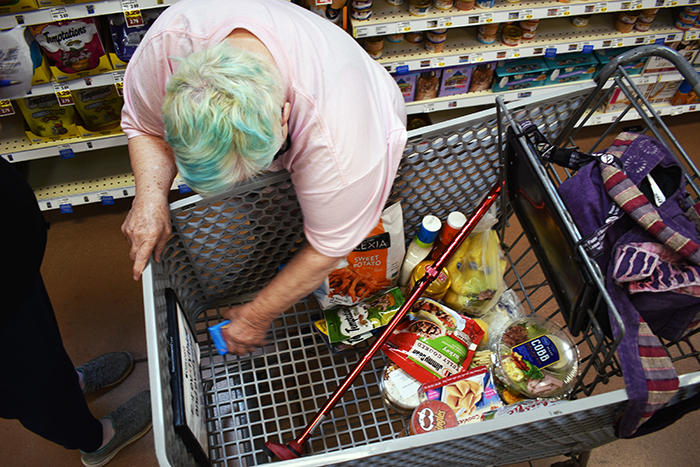 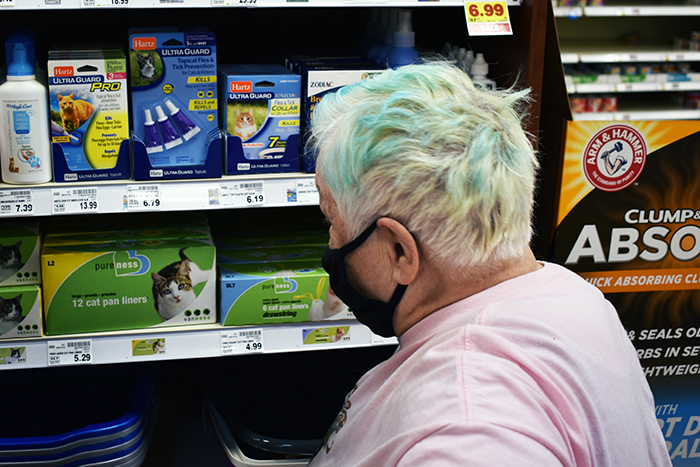 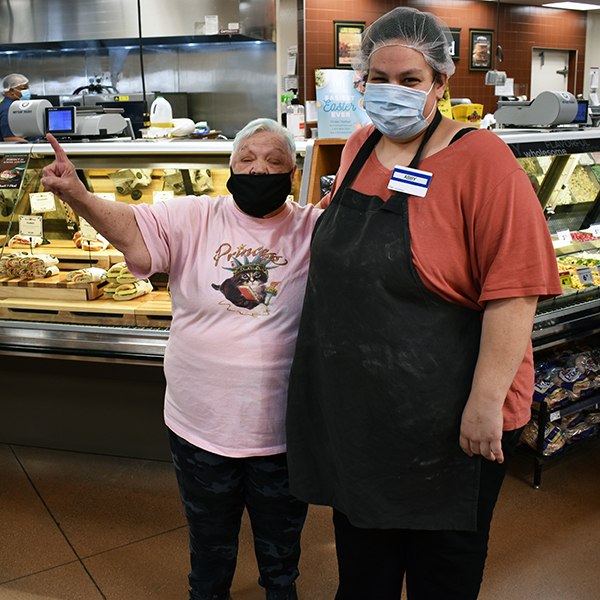 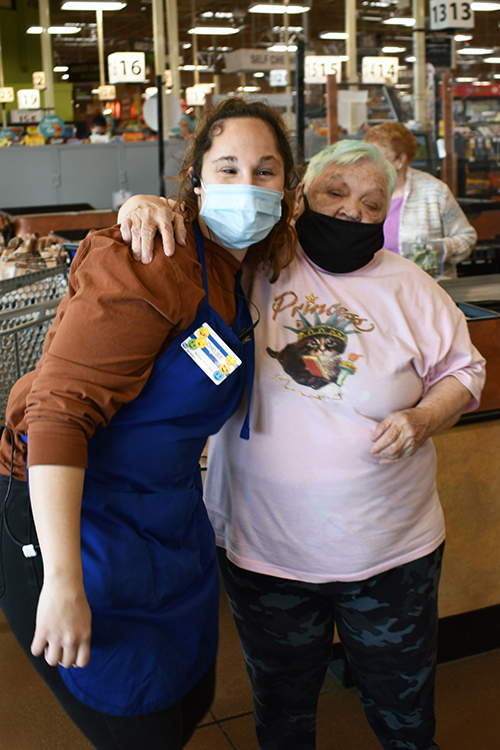 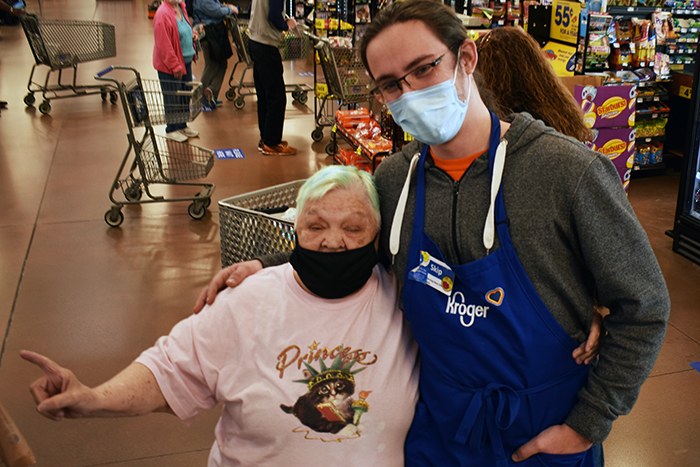 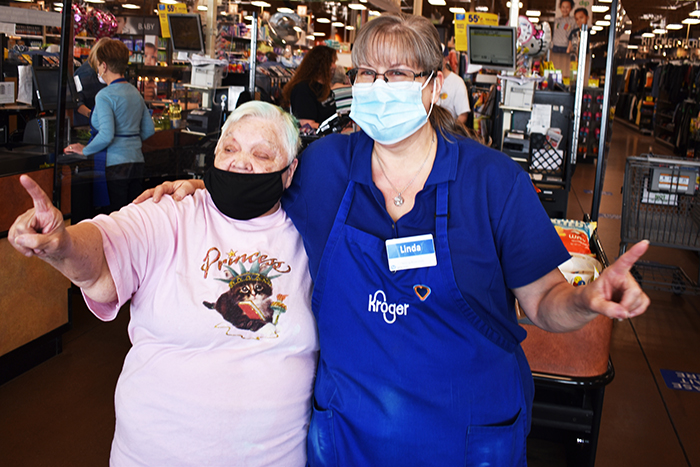 A year of tight restrictions on socializing has cramped Martha’s style. She’s a joker, quick on the draw with a wisecrack, and an irrepressible teaser. She loves people, but she hasn’t seen nearly as many since the pandemic began last year.

For a year, almost the only exception to her isolation was her visiting the Kroger Marketplace in Village of Coventry. She’s now vaccinated, and she’s beginning to visit friends. She’s resumed weekly Bible studies. But Kroger is still a highlight, and she wrings the most fun she can from every trip and lights up when she meets the many store employees she treats as friends.

Easterseals Arc staff member Brenda Brock drives Martha to the Kroger store and accompanies her as she shops. Brock gets more affectionate razzing from Martha than anyone else. The banter begins even before they step inside the store.

“We’re both that way,” Martha responds.

“That’s why we get along,” Brock says.

Martha sings snippets of songs and makes up her own songs and lines all the time. Anything can be worth a song, from a cat treat to lavender-scented toilet paper. As they pass through the store’s sliding doors, Brock says, “Now we’re rolling,” then Martha takes up the line, singing, “rolling on the river.” At 78, Martha’s a bit younger than Tina Turner, but ready to cover a few lines from Turner’s most famous song.

First stop: a lingering exploration of produce. Martha can’t find the Golden Delicious apples she wants. Brock asks a man stocking fruit to recommend an alternative. He suggests the Opal variety. Martha turns it in her hands, considers its heft, and says, “I could use it to hit somebody.”

“I don’t think you want to use it as a weapon,” Brock says.

“I don’t care, as long as it’s not me,” says the man who recommended the apple.

“How much do you want?” Brock asks her.

“I think that’s too much. There’s a lot of potassium in there. How about five?” Brock says.

Visiting the deli is a highlight. Unfortunately, Mark wasn’t working when Martha stopped by that day. He is a favorite. During one of the long stretches last year when Martha had to avoid going into the store, Mark sent her a balloon that said, “We Miss You,” Brock explained.

Deli Manager Rosie Brown breaks away from a meeting with her boss to hug Martha, pose for a photo, then dance with her.

Standing a few feet away, Brown’s boss, Faith Csadenyi, who supervises bakery and deli operations in several stores, stoops to pose in a side-hug with Martha. And so Martha moved through the rest of the store, posing with favorite cashiers and other workers.

There was more shopping. Among chips and crackers, Brock guides her toward the healthier choices. “I can’t tell you what to buy, but they’re not very healthy,” Brock told her as she eyed one package.

They turn a corner into another aisle.

“We call this the baby section, because we both have fur babies,” Brock explains. Martha and her roommate each have a cat. Brock has a dog. They pick out a package of milk specifically modified for cats, then two packages of treats designed to prevent hairballs. Martha enjoys spotting cats on packages that remind her of cats she’s known. “There’s Maxine,” she said, pointing to a tabby on a package of cat-box liners.

There’s more joking between them. As Martha maneuvers her cart through an aisle, lightly bumping a display, Brock says, “Where’d you get that license?”

“I don’t know. I can’t drive this thing,” Martha answers.

“Oh, I don’t know, you do pretty good,” Brock responds.

Store employees are fair game for teasing, too. Martha meets one she remembers has just returned from time off.

“Did you have a good time? Did you get a hangover?” Martha asks.

“Yeah, I got those,” the employee admits.

After nearly an hour, Martha was finished with her shopping and settled back in Brock’s SUV, enlivened by a dose of the socializing she’s missed so much during the pandemic. She left behind many friends in the store who were lifted by her hugs and teasing.

As Rosie Brown, the deli manager put it, “She’s always a light! Everybody loves her!”

"After nearly an hour, Martha was finished with her shopping and settled back in Brock’s SUV, enlivened by a dose of the socializing she’s missed so much during the pandemic."